The Losi® Super Baja Rey 2.0 with Spektrum™ Smart is the new standard in 1/6th-scale desert trucks. With powerful performance and incredible scale looks, the SBR 2.0 takes it to the next level! Taking the Super Rock Rey chassis, adding about an inch to the wheelbase and morphing it with the front end from the Super Baja Rey gets you the all new and improved Super Baja Rey 2.0! You get the best of both worlds! The Spektrum Firma™ SMART 160 Amp 8S ESC and 750kv Firma 1/6th 5687 brushless motor allow you to unlock blazing speeds. The bottom loading chassis makes battery changes a breeze. Front and rear LED light bars keep everything nice and bright for off-road adventures at night. Drivers stay in control with a DX3™ transmitter, a Spektrum 6100AT AVC® receiver with steering priority, and officially licensed Method Racing Beadlock Wheels and BFGoodrich Mud-Terrain T/A KM3 tires. The new Brenthel Trophy Truck body is modeled after their actual race truck providing an aggressive, scale-detailed look. The Losi® Super Baja Rey 2.0 is the ultimate desert truck with scale looks, insane speeds, performance and Spektrum Smart 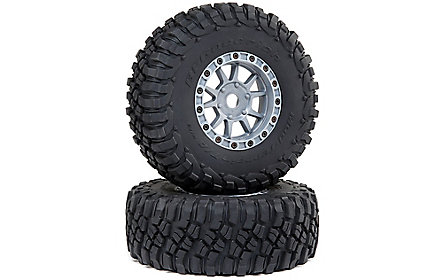 New 17mm hex licensed Method Racing Bead Lock Wheels allow you to replace and update the tire or foam inserts without damage to the tire or wheel. 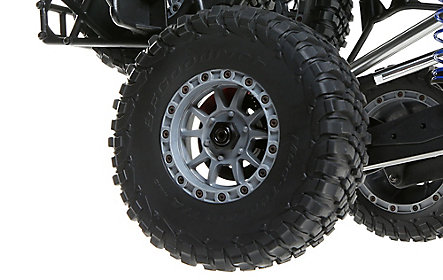 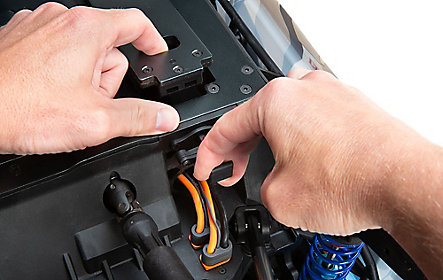 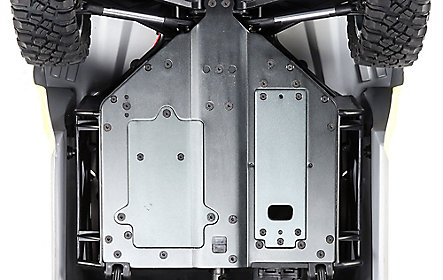 The foundation of the Super Baja Rey 2.0 consists of a 4mm, anodized aluminum chassis plate with a 4mm upper deck. For added durability and performance it's integrated with a realistic roll cage made of super-tough composite material. Whether you are hitting the whoops, getting huge air, or just wide open, the 4mm chassis just keeps asking for more! 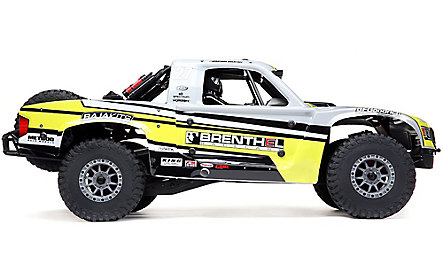 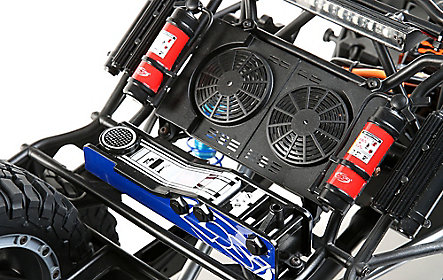 You also get a molded interior that includes a driver and co-driver, both of which sport racing helmet and harness details. Along with scale detail accents like fire extinguishers, shock reservoirs, fans and a jack. 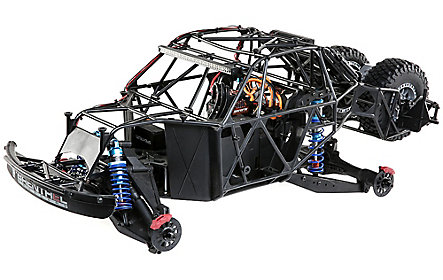 Just like the 1:1 desert trucks, the Super Baja Rey 2.0 comes with a super-rigid roll cage made of super-tough composite material that enhances the truck's scale looks and durability. It is integrated with the 4mm anodized aluminum chassis plate providing the ultimate protection for your truck and electronics. 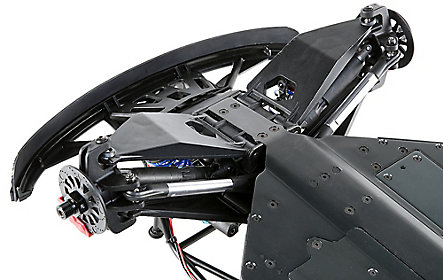 The front suspension arms have been redesigned on the SBR 2.0 to accommodate the slider style front axles. This allows us to run more suspension travel so we can hit the roughest terrain. 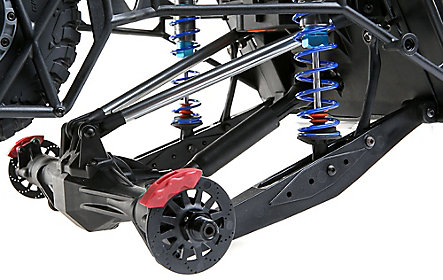 The Super Baja Rey 2.0 rear suspension allows it to soak up massive whoops and bumps with the same realistic handling and movement of a full-scale desert truck. You get better control and a more locked-in feel regardless of the terrain. 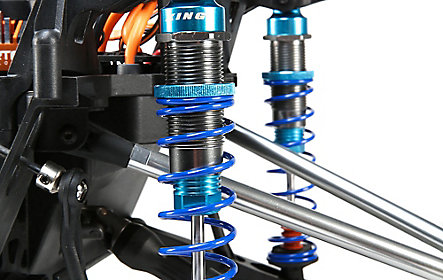 King Shocks long Travel Coil-Over Oil filled shocks with bump stops can handle anything you throw at the SBR 2.0. From hard pack to whoops, Small rollers to giant kickers, these shocks absorb it all! 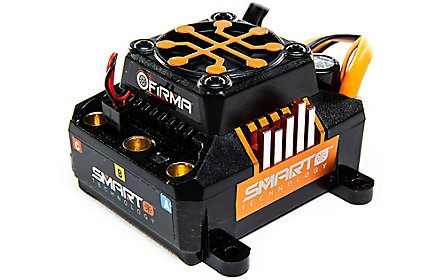 Firma Smart ESCs do much more than regulate power. They function like a virtual engineer inside your model, providing a direct path to the vital operating data you need to reach peak performance. Firma Smart ESCs give you an extra layer of confidence that your electronics are all operating at their best. 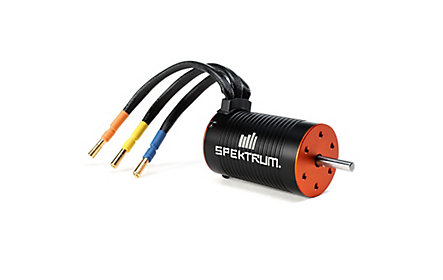 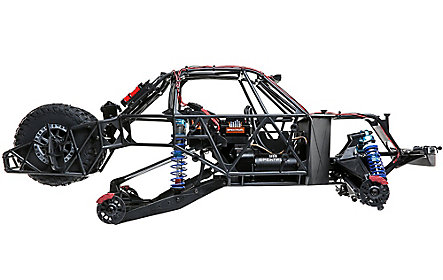 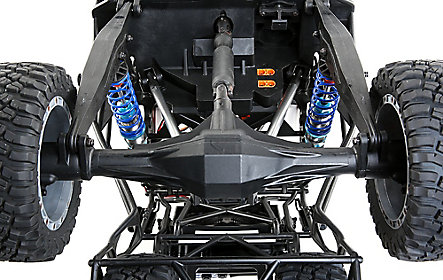 Full-time four-wheel drive provides amazing traction. Additionally the front, center and rear differentials can be tuned allowing adjustment of the power bleed between the front and rear drivetrain. The power bleeds evenly front-to-rear and the truck will drive out of the turns harder from point to point. The tunable differentials allow you to dial in your truck for maximum performance and traction. 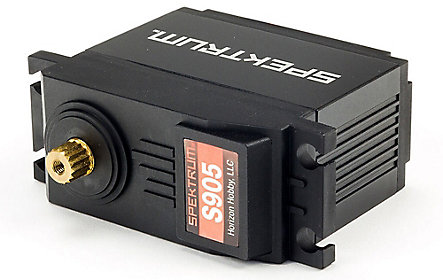 The new Spektrum S905 HV capable waterproof servo updates the SBR 2.0. The massive torque from this servo keeps you headed in the right direction. 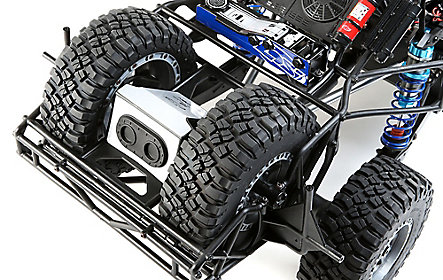 Blow out a tire out on the flats? No worries. The SBR 2.0 comes equipped with functional dual spare tires. Easily add the tire and get back to tackling the terrain. 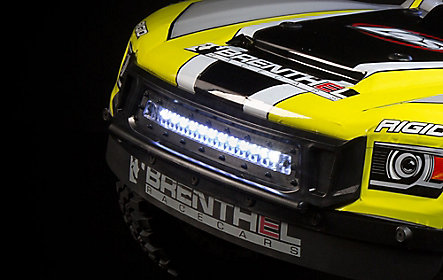 The fun doesn't stop even when the sun goes down with the Super Baja Rey 2.0. Brilliant LED lights integrated into the front grill cast more than enough illumination for running at night. 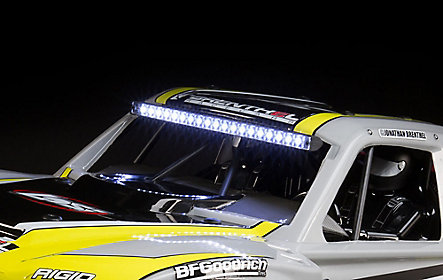 The LED's don't just stop at the front grill, as a larger set are mounted on the top of the roll cage just under the roof line.

Continue to light up the night even after you've blown by the competition. 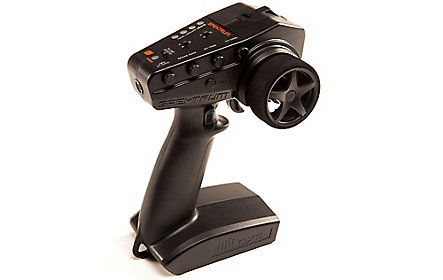 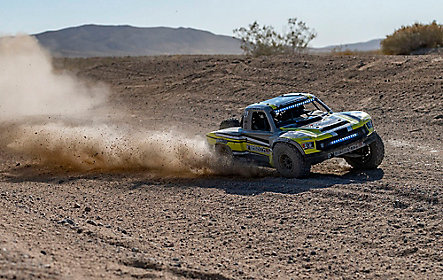 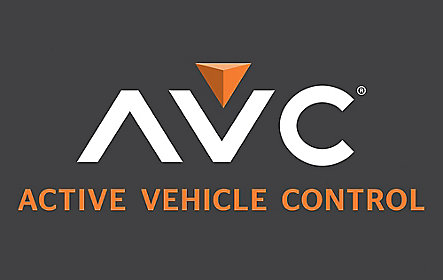 The Full-Throttle Freedom of AVC® Technology

The receiver's built-in AVC® (Active Vehicle Control®) traction control system works behind the scenes, making hundreds of throttle and steering adjustments per second, so more of the motor's power is translated into ballistic speed and acceleration instead of just flying dirt. The patent pending AVC system adds a level of performance that simply cannot be found with any vehicle from any manufacturer other than Horizon Hobby. Like traction control in your full-scale vehicle, you can activate or deactivate the system on the fly and adjust the level of stability based on driving conditions. Any RC vehicle can go fast and with AVC you can go faster while maintaining optimum stability in all driving conditions.

No customer reviews for the moment.